Cybersecurity First Principles in this lesson

This lesson will introduce students to the Raspberry Pi platform, discuss its components and how they related to the Cybersecurity First Principles. Students will demonstrate their understanding of the component relationships by building a Raspberry Pi from a kit, booting it up, and installing updates. The Raspberry Pi will be the student’s primary computer for developing their own Internet of Things (IoT) app.

By the end of this lesson students will be able to:

Step 1: Distribute the Raspberry Pi kit and other materials

The Raspberry Pi kit goes together very quickly; the main thing to remember is to ensure each student has ample room to spread out their parts and work. Some of the parts are small and once the students get started it often looks like Christmas morning with boxes and packing paper being flung everywhere. What tends to work well is to only unbox what is needed, as it’s needed, explain the part, and install it. After each step, ensure everyone is caught up before moving on.

Have the students unbox the Raspberry Pi and identify/discuss with them the various components shown in the diagram below: 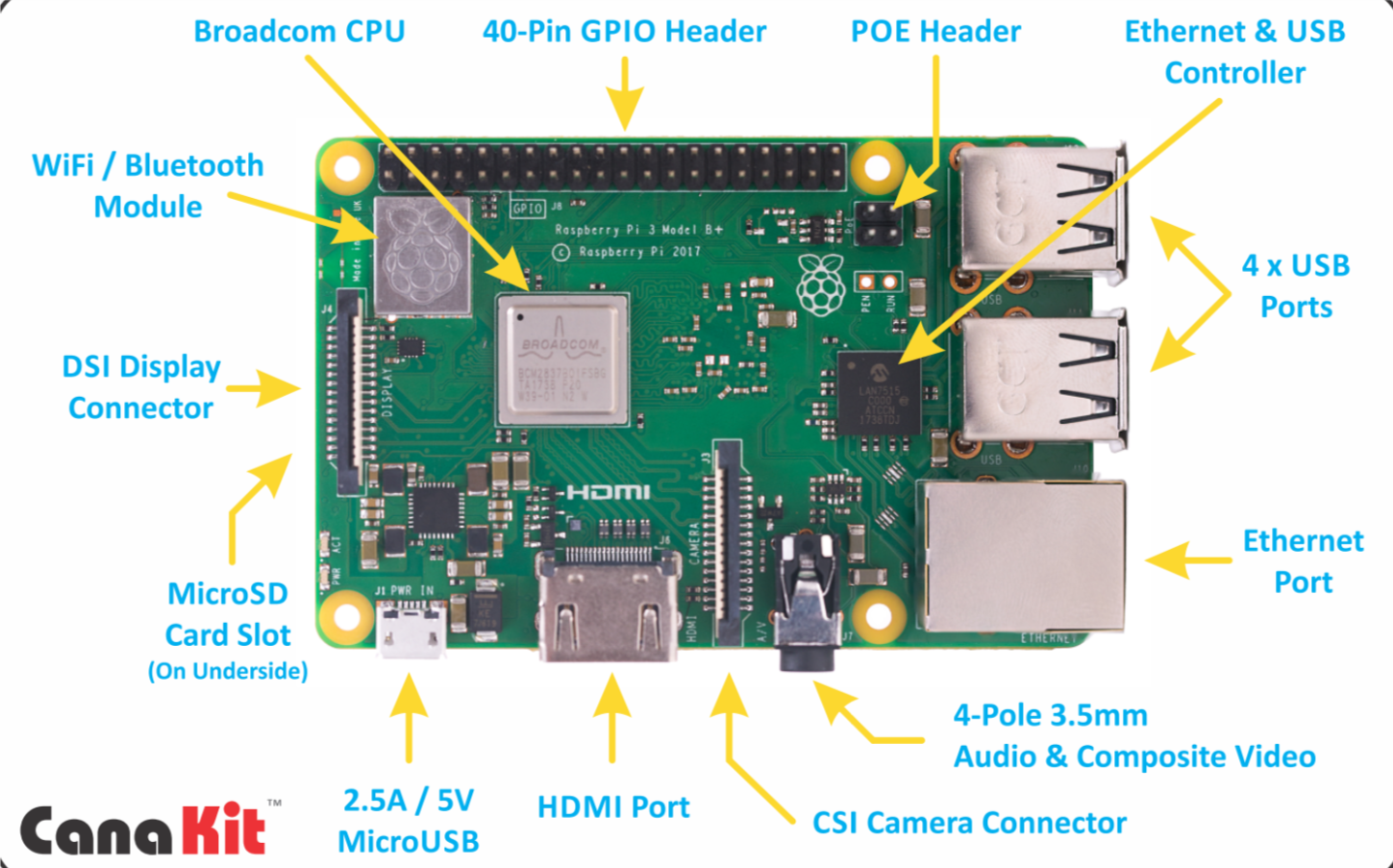 This is an example of Modularity. The Raspberry Pi board has several components, each doing a specialized function. You will later add components such as a camera, keyboard, mouse, and power supply. At a higher level, the Raspberry Pi is a modular component in and of itself, fitting into a larger IoT application. The principle of Abstraction also applies here as the Raspberry Pi itself is an abstraction of all the supporting components doing the input/output/storage and processing functions.

Remove the backing paper from the heat sinks and stick them to the chips as shown in the picture below. The heat sinks look like silver plates with fins off the top. Heat sinks will help keep the chips below them cool by spreading the chips heat out over a larger area and exposing it to more air. Make sure that the larger heatsink goes on the larger chip, and the smaller heatsink on the smaller chip. 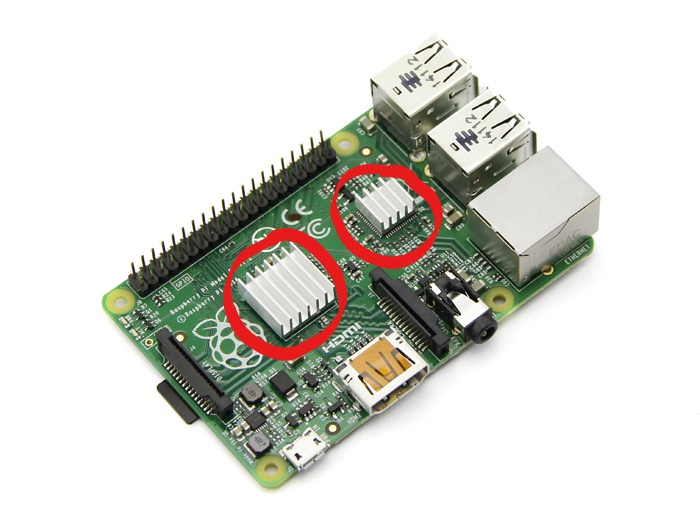 Step 4: Install the micro SD card into the Raspberry Pi

The micro SD card holds both Raspian, an operating system based on Debian Linux designed specifically for the Raspberry Pi, as well as any installed applications and user data. Due to its small size and accessibility, it is possible to have multiple SD cards with different operating systems and applications loaded. Simply removing the SD card and replacing with a different one can give the user a completely new computer environment. This is another example of the modularity principle. 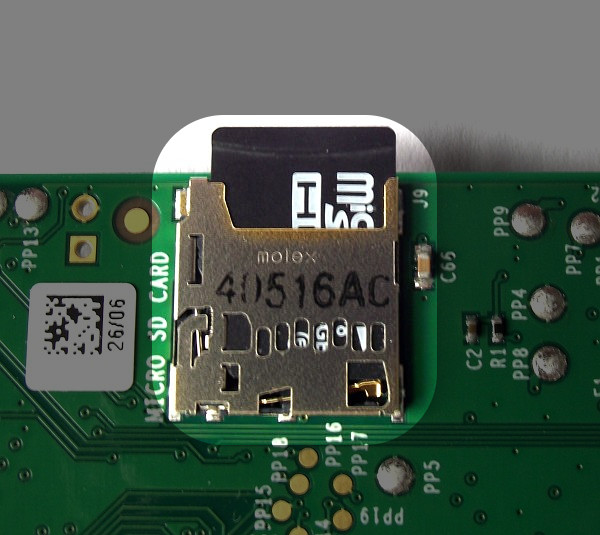 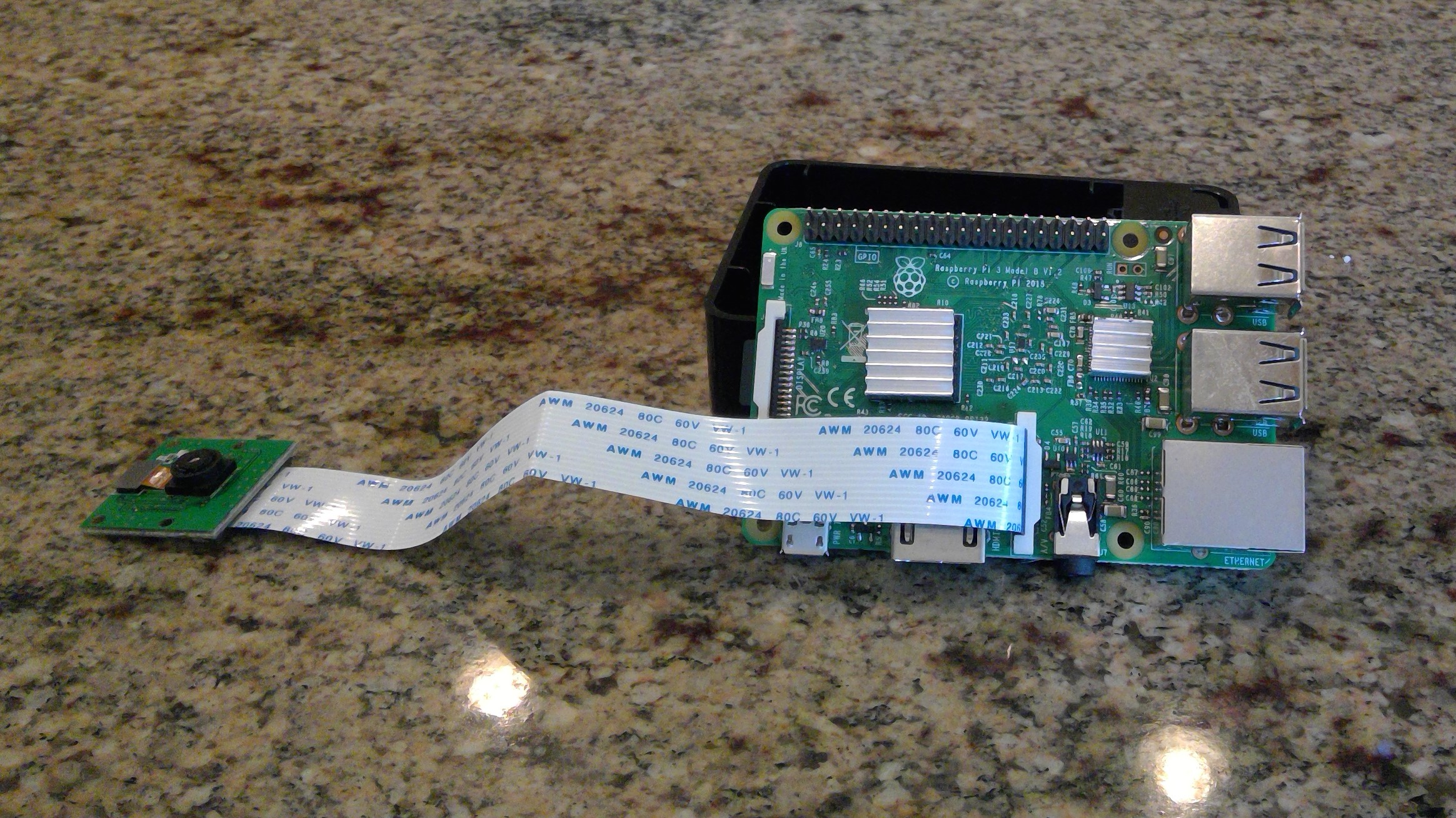 Step 6: Install the Raspberry Pi into the case

The case provides protection for the Raspberry Pi. It comes in three parts. If you are actively using the camera or GPIO ports the cover can be left off. 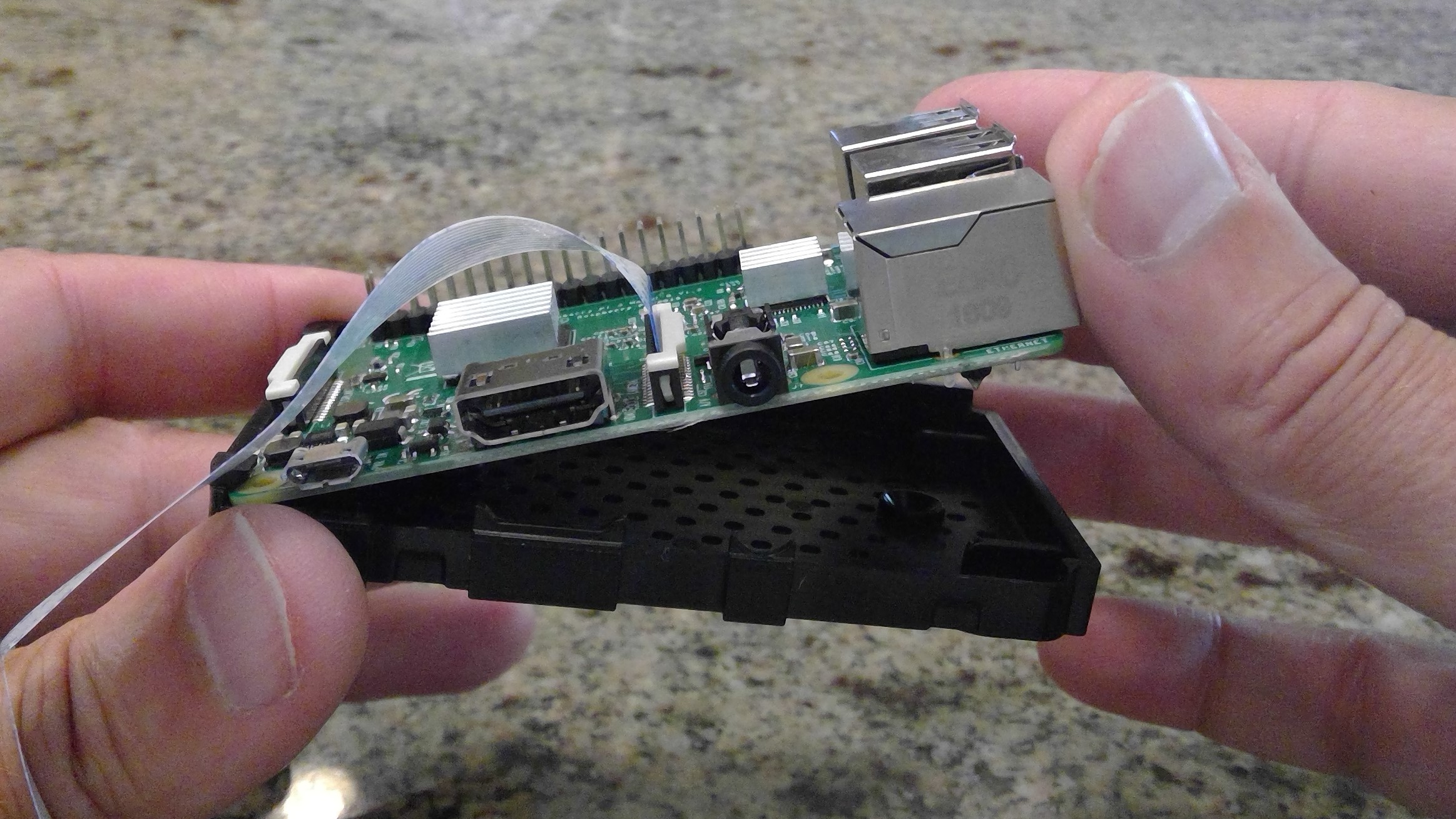 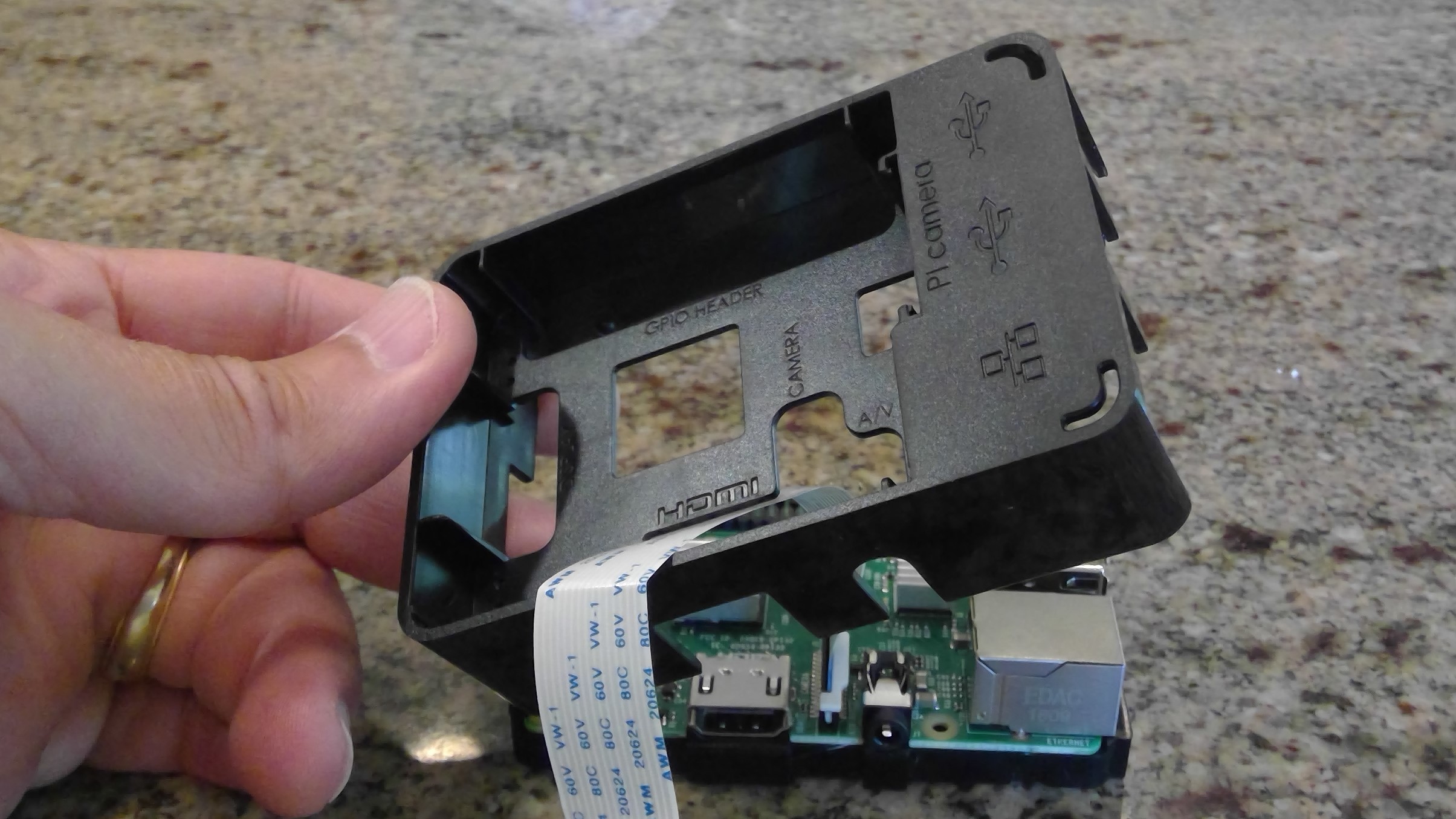 You have a couple options for mounting your camera for use: 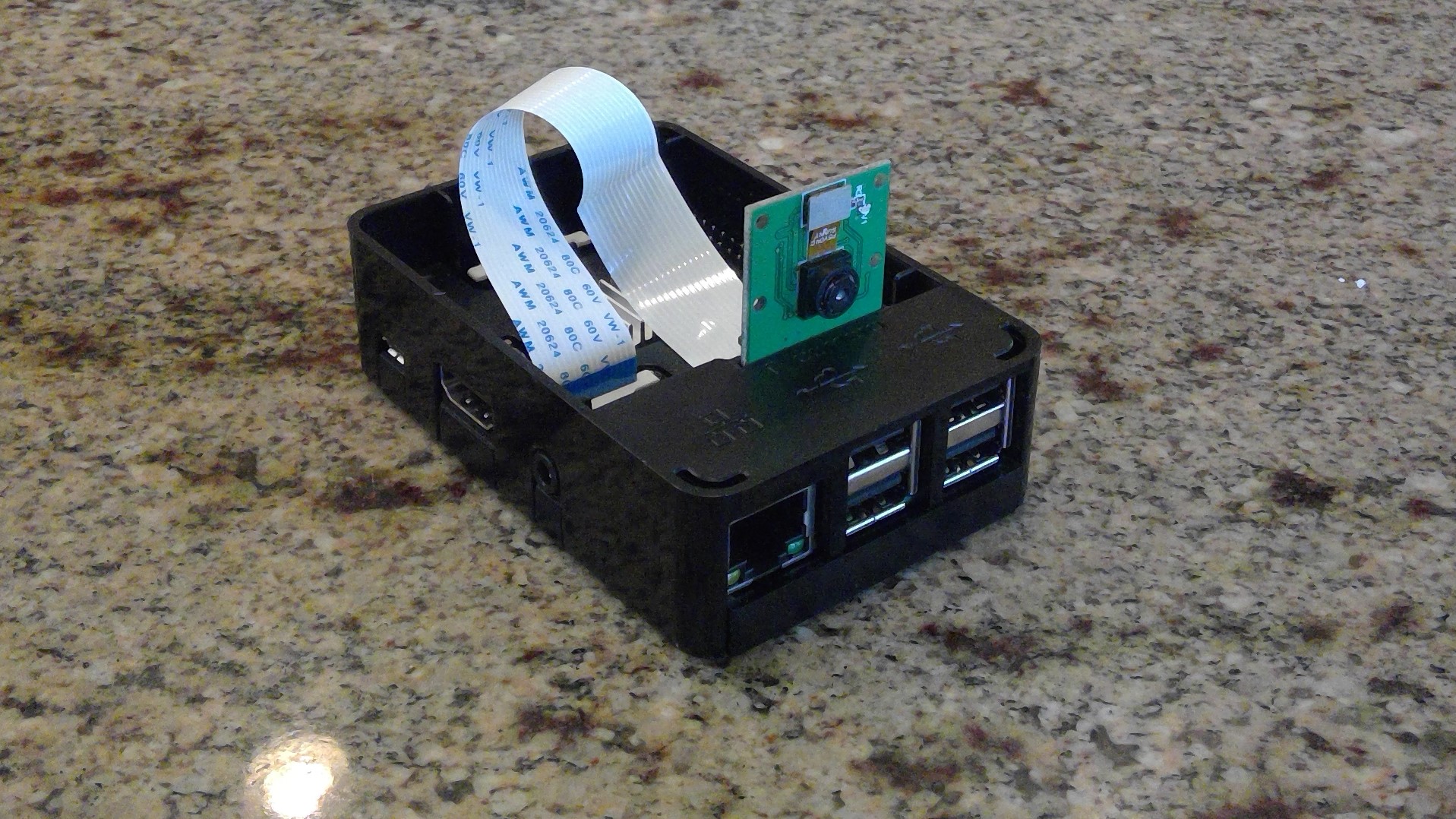 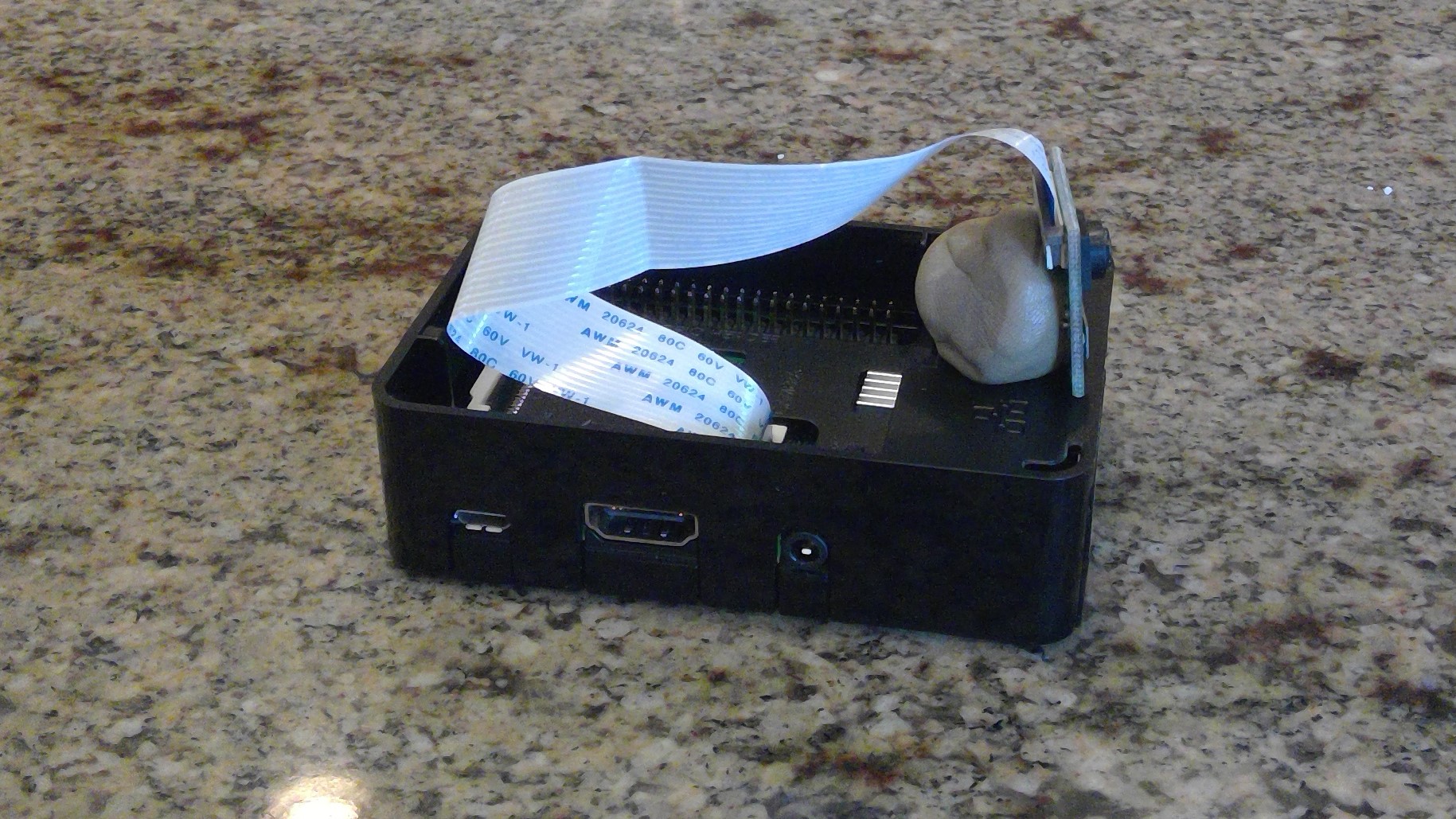 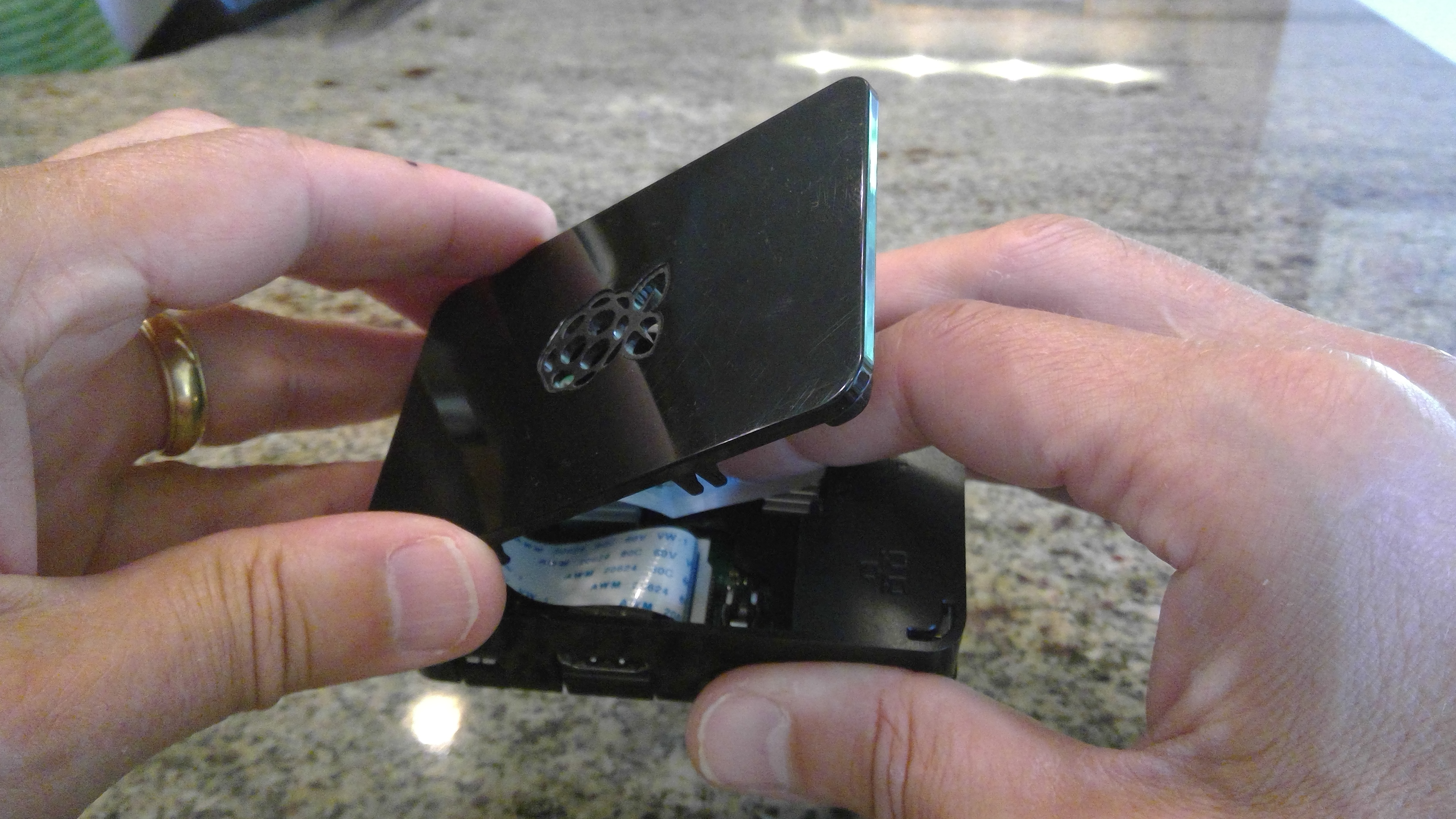 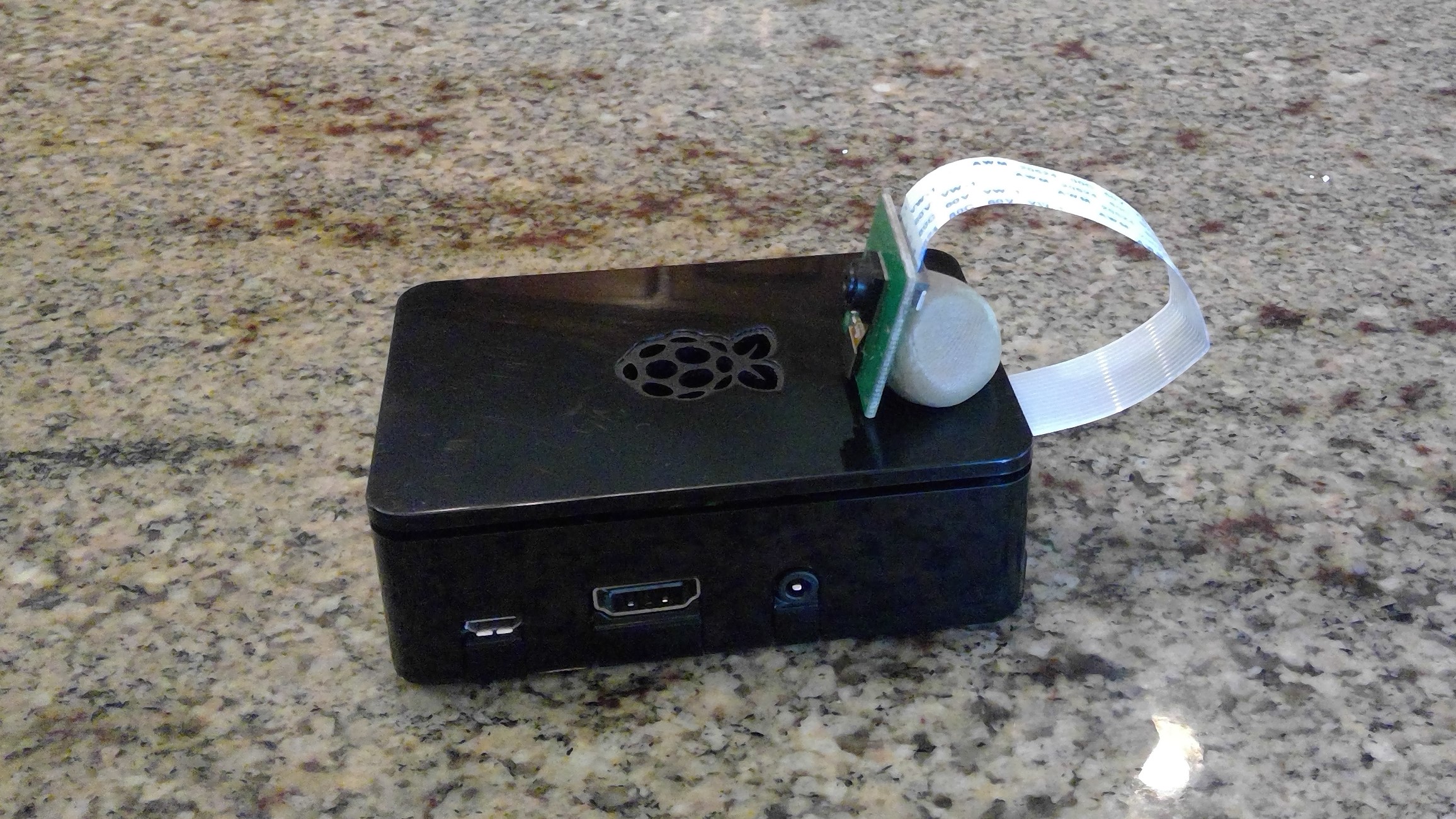 Step 7: Install the keyboard and mouse

Step 9: The moment you have been waiting for - turn on the Raspberry Pi!

With a brand new Raspberry Pi, although the operating system comes pre-loaded you will need to install it.

Now we need to tell the Raspberry Pi that you have installed a camera.

Even though you just assembled a brand new Raspberry Pi, it’s a good idea to update the software on the system. It’s very common that security updates or new application capabilities may have been recently developed but are not yet installed.

apt-get is a Linux program used to install and update software. The option update tells the operating system to download the most recent list of available software. Now enter the following:

The upgrade options to apt-get tell the operating system to compare the current software against the new catalog you just downloaded with the update command. Any software that has a newer version is now downloaded and installed. The ability to update software removing vulnerabilities as well as remove software you are not using is an example of the First Principle of minimization. We are minimizing the amount of software an attacker could take advantage of.

Now that the software has been updated we are done with the Raspberry Pi for now and can turn it off. We could do this through the GUI with the mouse but since we already have a terminal window open, here’s a command to turn off the Raspberry Pi off from the command line:

Use Kahoot to assess comprehension:

Discuss to ensure all understand the material.

For more information, investigate the following.

is licensed under a Creative Commons Attribution-NonCommercial-ShareAlike 4.0 International License.

This lesson is licensed by the author under a Creative Commons Attribution-NonCommercial-ShareAlike 4.0 International License.